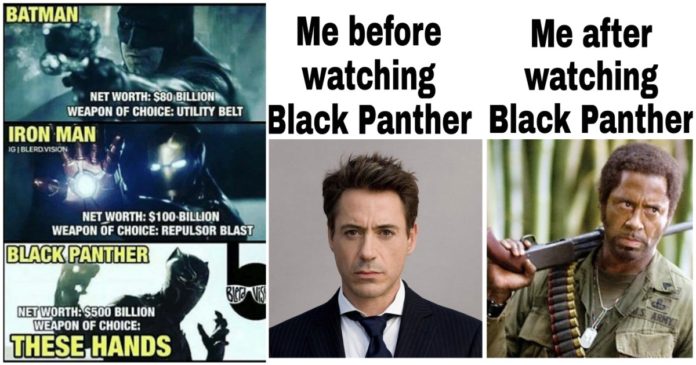 Despite the arrival of the Blue-ray discs and digital downloads of Black Panther, the movie’s profitability remained immense and propelled the overall earnings of the film to greater heights.

A lot of fans have been messaging us who are eager to see the Black Panther lead the Avengers in a brand new setting after the exit of Captain America. Although that seems to be a bit unlikely now that Captain Marvel is being touted as the next face of Marvel Cinematic Universe and we still don’t have an idea how will the Black Panther be revived in Avengers 4, but, he will be back for sure. What works in his favor is that after Captain America, he is the only guy who is measured and knows how to handle a responsibility (he rules the richest and the most technologically advanced country in the world after all).

Although Iron-Man aka Tony Stark is probably the most loved character in the entire MCU and credit for that goes to the impeccable portrayal of the hero by Robert Downey Jr. There is no doubt that there isn’t another actor who could have done better than him, and Marvel has got the best casting ever in his case. Not to forget that he has repeatedly stared death in the eye to save the world.

While there might not be an easy end to the debate between Iron-Man and Black Panther fans about which one is more suitable to be the top Avenger, there is something else that might delight the fans of both the heroes.

Enough of talking, let’s go ahead and check out these incredibly funny Iron-Man vs. Black Panther memes!