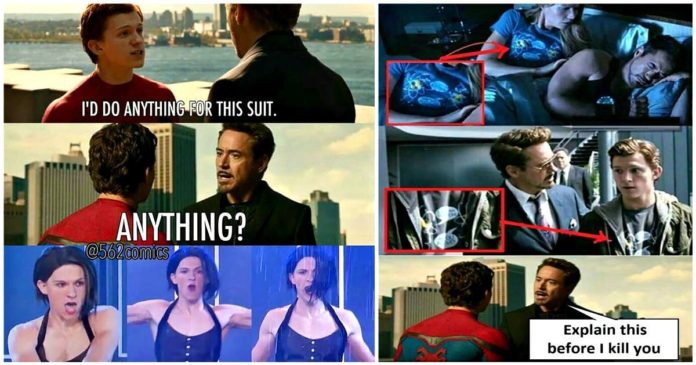 So, ultimately Spider-Man came home to the Marvel Cinematic Universe, and it has resulted in a fantastic superhero saga which has not only lived up to the comic book mythos but, has also turned out to be refreshing. It is not just an effort at skipping the beautifully written, but, overused line about great powers accompanied by great responsibilities. In fact, letting go of that line made it look better. The other major difference is the smart involvement of Tony Stark in the young web-slinger’s life. Taking roots from the Captain America: Civil War, the Spider-Man: Homecoming relied tremendously on the bonding between Peter Parker and Tony Stark.

The film made it absolutely clear that Tony Stark is a role model for Peter Parker. In fact, Tony Stark did change Peter’s life by giving him an upgraded Spider-Man suit. Tony is mentoring the youngster. At times, their relationship has shades of a bond between a father and a son. Since Peter is a youngster, things often take a hilarious turn. This has also led to some talented fans who created hilarious memes related to Spider-Man and his ‘dad.’ Let’s go ahead and check out these Iron Man and Spider-Man memes which will make us go ROFL! 3. THERE’S A SPIDER ON THE WINDOW 2. SPIDEY STANDS UP FOR HIS PEOPLE 1. ANYTHING FOR THE SUIT 20 Game Of Thrones Memes To Prove There Is No Logic In The Show
12 Hilarious Black Panther Vs. Iron Man Memes Which Will Compell Fans To Side With Their Favorite