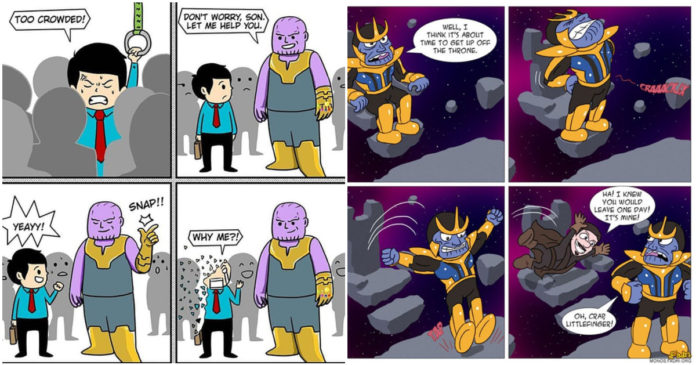 Whether you are a long-term loyal fan of comic books or a new Marvel Cinematic Universe viewer, Thanos has been loved and disliked by all fans in equal proportions after Avenger: Infinity War. The villain, perfectly portrayed by Josh Brolin was given a character depth which was surprising to a lot of cinegoers and even the comic book fans. It seems like the studio chose to skip the comic book narrative of Thanos’ desire to impress Lady Death, at least for the time being, and highlighted the fact why he is called the Mad Titan, which resulted in his mission appearing to be a bit more logical than the comics. He is not trying to impress a lover, but, endeavoring to restore the balance of the universe.

The fault lies in Thanos’ concept of “balance” which is to kill half the life in the universe to save resources. Frankly, with all those powers, could he not have created more resources or something else, isn’t it? In any case, irrespective of what we think about it, there are still a lot of good things about Thanos, whether we talk of his actions or the way he behaves or interacts with others. Let’s take a look at 25 Thanos memes which will entertain you greatly. Be warned; there might be huge MCU spoilers here! 24. Can’t Even Stand Up To Stretch 23. Nebula Wants To Conquer Worlds Too! 17. It’s Past Your Bedtime Parker!

16. Everyone And Their Neighbour Have A Mom Named Martha 14. Your Tesseract Was Declined, Sir 12. It’s Always Brighter On The Dark Side 4. Getting Exactly What Was Coming 3. Outside The Box Thinker 2. None Of It Matters If She Doesn’t Care