Did you know that cotton swabs are the most common waste found on beaches? These small-sized hygiene products pass through the gates of wastewater treatment plants after scrubbing our ears, and travel with the rains in the rivers, then in the sea. The biodiversity bill adopted in 2016 prohibited the sale of these plastic rods from January 1, 2020, but we still need to clean our ears: this is how alternatives are emerging, from zero waste to biodegradable.

Traditional cotton swabs, a real danger for the planet

We all have in mind this shot of photographer Justin Hofman, a tiny seahorse carrying a pink cotton swab with it. In 2016, the Surfrider Foundation Europe association, which acts for the protection of lakes, rivers, ocean, waves and the coast, carried out a study in which volunteers counted the number of cotton swabs in five separate sites. . In total, 16,000 plastic sticks were found, more than three times the height of the Eiffel Tower .

If we do nothing,  by 2030 it is estimated that all fish will have ingested plastic. Fish that will be caught, and therefore, which will also be found on our plates … Not to mention that a cotton swab takes more than 100 years to degrade. However,  the advantage of biodegradable cotton swabs is that they are just as effective as traditional cotton swabs, while preserving the planet. They can also be used to  make compost . They degrade much faster and are not harmful to the environment.

How do they find their way to the sea and the oceans? The discarded cotton swabs end up in these large bodies of water in nearly 80% of cases. After use, cotton swabs are not always thrown in the trash. They often end up in the toilet bowl, like condoms, sanitary napkins or tampon applicators. Held at the entrance to treatment plants,  their small size  gradually leads them to the sea and the oceans. The consequences are disastrous: fish and seabirds are the first victims, because they can swallow them. These plastic residues also disintegrate into micro-plastic: other animals sailors then ingest them, without realizing it. They then die from a bowel obstruction or a buildup of plastic in their stomachs.

Thus, you have no excuses to pass the course! It only takes a little effort to change your habits, and you will quickly adopt these new kind of cotton swabs. Your ears will always be cleaned just as well, and you will do the best for the planet.

Disposable cottons and impregnated wipes, another scourge of the oceans

Cotton swabs are not the only waste from our bathrooms to end up in our seas or oceans. More than 8 million tonnes of plastic end up there each year, the equivalent of a dumpster unloaded every minute. There are also  kilos of cotton wool and baby wipes , generally impregnated with products more or less harmful to flora and fauna. Indeed, these light objects rarely end up in the trash: they fly away with the wind or because of our negligence and end their course in the water.

The wipes get tangled in the algae, diffuse their poison and become a real trap for marine fauna. Their plastic packaging can also be ingested by turtles, or become a danger to animals, which grow up with mutilations caused by a piece of plastic that they have never been able to get rid of. For several months now, certain establishments (beach or not) and restaurateurs have understood the importance of finding an alternative to these products, by offering paper models, washable squares or other zero waste alternatives.

Habits we all need to change

The cotton swab is not the only hygiene product that poses a problem on a global scale. Indeed, shower gels, shampoos and creams are not products that are good for the environment… or even for us. Filled with artificial fragrances, dyes and other endocrine disrupting preservatives, shower gels represent a  concentrate of the petrochemical industry . What’s more, their production line and packaging are far from environmentally friendly. Even recycling is a process that has a significant impact on the environment. Not to mention the massive use of palm oil in shower gels, an industry responsible for deforestation in Southeast Asia and Central Africa.

The impact of shampoo on the environment is not the least: its chemical components have a negative impact on nature. The same goes for cosmetic creams, and even more so with sunscreens, which  directly pollute seas and oceans . And yet, there are alternatives, but the choice is up to us consumers. We can influence the choices of industrialists if we stop buying polluting disposable products.

Biodegradable cotton swabs are hygiene products that can be a first step before changing your habits for good, or making a more sustainable commitment to preserving the environment. To protect your health and that of the planet, it is therefore better to rely on natural products. Using eco-friendly alternatives can make us feel like we’re doing a good deed, effortlessly.

Get back in shape in 5 steps!
Tattoo between sisters: which one will you succumb to? 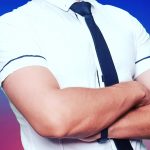 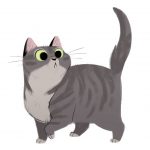