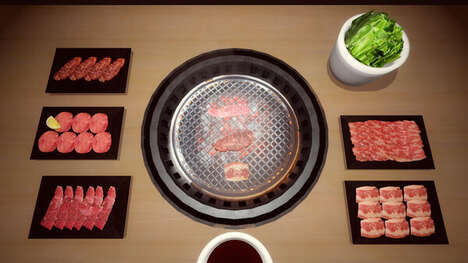 Game developer SECRET CHARACTER has announced that the cooking game ‘Yakiniku Simulator’ will arrive on the Nintendo Switch platform soon. The game will see players cooking different meat dishes at a Yakiniku restaurant, commonly known as “barbecue” food in western countries. Yakiniku is a Japanese term that translates to “grilled meat” and refers to grilled meat cuisine.

Yakiniku Simulator will provide players with the meat needed to grill and other Japanese side dishes. Players will receive points for the quality of their cooking skills and will be able to dip their meat in delicious soy sauce before receiving their score. Although a release date has yet to be confirmed, players can expect to see the game on the Nintendo Switch store in the upcoming months.