ISLAMABAD, Pakistan — Prime Minister Imran Khan of Pakistan announced Monday that he was slashing fuel and electricity prices to help offset rising global energy prices because of the Russian invasion of Ukraine.

The surprise move comes at a time when Mr. Khan is facing increasing political discontent at home, and opposition political parties plan big protest rallies in March against rising inflation and Mr. Khan’s handling of the economy.

Fuel and electricity prices have risen steeply in Pakistan in recent months as Mr. Khan’s government carried out painful reforms under a bailout package by the International Monetary Fund. Earlier in February, the I.M.F. approved releasing a tranche of $1 billion of a $6 billion package after protracted negotiations with Pakistani officials.

In a wide-ranging televised speech on Monday, Mr. Khan said that he was cutting gasoline and diesel prices by the equivalent of about 1.5 cents a gallon and electricity rates by about 3 cents per kilowatt-hour.

The reductions take effect on Tuesday and will remain in effect until June, he said, when the next budget year begins.

Mr. Khan defended his government’s handling of the economy, asserting that he had inherited a weak economy burdened with huge internal and external deficits.

A former cricket star turned politician, Mr. Khan won the general elections in 2018, basing his campaign on an anti-corruption and an anti-American foreign policy campaign. Since coming to power, he has struggled to stabilize a weak economy, and relations with the United States have chilled.

However, he has frequently praised China, a longstanding ally of Pakistan, and has courted President Vladimir V. Putin of Russia.

No deal on a pipeline has been announced but in his speech on Monday, Mr. Khan said that Pakistan had agreed to buy 2 million tons of wheat from Russia.

He did not comment on Russia’s invasion of Ukraine, but in a statement after his meeting with Mr. Putin on Thursday, said that he “regretted the latest situation between Russia and Ukraine” and hoped that “diplomacy could avert a military conflict.”

Analysts said that the relief on energy prices would prove to be temporary as it would increase inflationary pressures on the economy.

“The subsidies will only add to the fiscal deficit and are completely contrary to the agreements reached with the I.M.F.,” Uzair Younus, the director of the Pakistan Initiative at the Atlantic Council, said. “The increased deficits and borrowing will pressure the rupee in the coming weeks, crowd out private investment, and create medium-term economic instability and vulnerabilities.”

What is at the root of this invasion? Russia considers Ukraine within its natural sphere of influence, and it has grown unnerved at Ukraine’s closeness with the West and the prospect that the country might join NATO or the European Union. While Ukraine is part of neither, it receives financial and military aid from the United States and Europe.

Are these tensions just starting now? Antagonism between the two nations has been simmering since 2014, when the Russian military crossed into Ukrainian territory, after an uprising in Ukraine replaced their Russia-friendly president with a pro-Western government. Then, Russia annexed Crimea and inspired a separatist movement in the east. A cease-fire was negotiated in 2015, but fighting has continued.

How has Ukraine responded? On Feb. 23, Ukraine declared a 30-day state of emergency as cyberattacks knocked out government institutions. Following the beginning of the attacks, Volodymyr Zelensky, Ukraine’s president, declared martial law. The foreign minister called the attacks “a full-scale invasion” and called on the world to “stop Putin.”

Khalid Mahmood Rasool, a Lahore-based newspaper columnist, described the measures as “an abrupt counterweight to the building-up political heat.”

The opposition Pakistan Peoples Party has started a protest march from the southern port city of Karachi that is expected to reach Islamabad, the capital, on March 8.

Opposition political parties are also currently involved in intense negotiations to bring a vote of no-confidence in Parliament against Mr. Khan.

“The announcement of reduction in petrol and electricity prices is a last-ditch, desperate but unsuccessful attempt to save his job,” Marriyum Aurangzeb, the information secretary of opposition Pakistan Muslim League-Nawaz political party.

She said that Mr. Khan’s government had increased fuel and electricity rates over the last three years substantially more than the reductions announced Monday.

Mr. Khan also announced tax exemptions in the information technology sector, cash assistance to farmers, and interest-free loans to students and low-income individuals to start businesses and construction of homes. 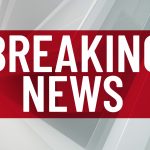